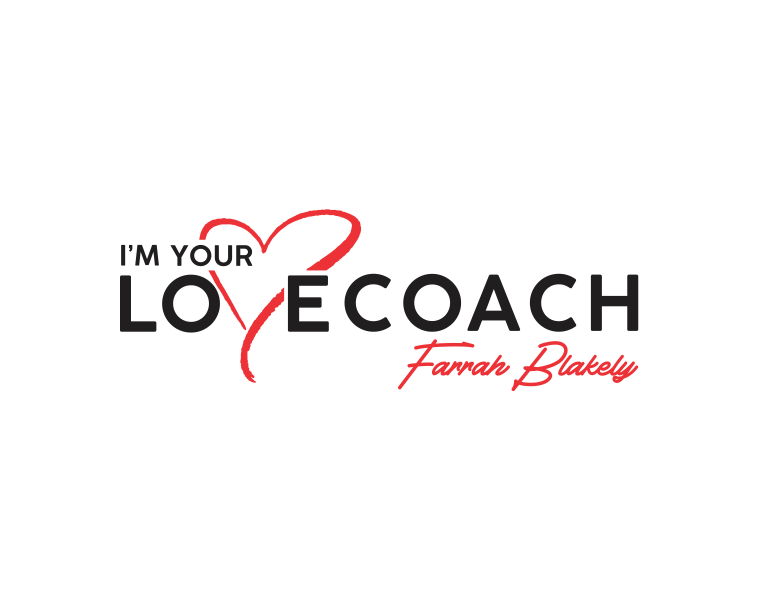 Hi I’m Farrah and yes I was named after Farrah Fawcett. I have always been proud for being named after her. She was an incredible woman. It always made me feel a little bit stronger. But not always, by age 27 my life had not turned out exactly how I planned. I married at age 20 and had my first child by age 21. Yes, very young I know. My decision to marry young was based on the belief that getting pregnant before marriage was a sin. When I was delighted by the surprise of my daughter I was not married, just dating my boyfriend at the time and having a good time. Like a really good time. But reality kicked in pretty quick and my decisions quickly reverted to what I was taught growing up. That Sex before marriage was bad, having kids without a husband meant there was no future for me and that I’d never be able to finish college let alone have a good life. blah, blah, blah you know all that nonsense people tell you that think they know what they’re talking about.

So with all these thoughts swirling around in my head me and my then boyfriend, now ex-husband, got married. He wanted to do the “right” thing and take care of his responsibilities. Skip ahead a few years and I had my second child by age 27. Nine months after my second child was born I was separating from my then husband because I found out he was cheating. This wasn’t the first time. By this time, we had had either threatened to leave each other or separated at least 5-7 times.  They say the first break up never takes.

On this final try I was done with trying. I made the decision to leave. It was going to stick this time.  I didn’t care what anyone said.  I was not going to spend my life in hell then worry about going to hell. Forget that! I was not going to live a life out of fear of being alone, what people would think of me or that I’d never get what I want on my own. I went out on my own creating a new world for myself not knowing anything about anything. I was scared as hell. I had no clue what I was doing or if it was going to work out.  The one thing I always knew about myself was that I was a quick learner.  I love to learn and education would take me far.  So I went back to school. I graduated with a Bachelor’s degree at 35. Yes, it took me forever! I thought I would never finish school but I did.  Getting my bachelor’s degree led me to later pursue a master’s degree. I finished my master’s degree at 39.

By age 39, I had left a negative relationship, I obtained more than one college degree, changed my financial situation by getting a better job to take care of me and my kids. But something was still wrong. I had accomplished all these things but in my mind, I still felt unsettled and confused about myself, my life and being divorced. I was still trying to prove myself. I was anticipating other people’s wants, ideas and thoughts of me so I wouldn’t be misjudged or taken the wrong way. I still wasn’t confident in who I was and what I didn’t know then that I figured out later is that much of it stemmed from my divorce.

Living from the outside

So what led me to this point? You might call it a slight nervous breakdown. It was that everything had compiled after years and years of trying to do everything by myself after my divorce. I was so warped in my mind that people were judging me for being a single mother, not having a husband, etc, that I worked myself into a meltdown. Literally. One day at work around 2:30 in the afternoon while sitting at my desk I had a full blown panic attack. At that particular time, I didn’t feel panicked or worried. But if I am being honest I was so used to worrying and agonizing over shit that I didn’t recognize the feeling of worry anymore. Worry was my normal. I had never had a panic attack before so I had no idea what was going on. My body all of sudden shut down, I couldn’t breathe, I was suddenly incredibly hot, my heartbeat sounded like it was outside of my body it was so loud. I couldn’t stand up. I was so lethargic. I could no longer hear the people in my office.

My heart was beating so fast I couldn’t gain control. Something inside of me told me to relax and calm down. This small quiet voice told me to focus on my breath and everything would be fine. The small voice kept repeating this and I followed these instructions. It took me about an hour and a half before I felt half way normal again. Here’s the one thing I noticed, the very people I was trying to meet expectations for didn’t even notice my anxiety attack. These people were maybe 4-8 feet way and they didn’t notice anything! I could have dropped dead and I might have accidently grabbed someone’s attention but it would’ve been because they tripped over my ass. This woke me up quick! What in the hell had I been doing all these years with all these so-called expectations, worries, and analyzing to make sure I did the “right” thing?

It finally dawned on me that it was ME that created all this anticipation and worry and judgement. It wasn’t “other people” it was little ole me all by myself. I had allowed my thoughts to run amok and guide my decisions, judgments and actions from one bad experience.  I was so focused on that one experience and proving myself it never occurred to me that I was the one doing the judging of myself. I later realized that I had been having mini anxiety attacks by thinking myself into a spiral of negativity for years unknowingly. Where were these thoughts coming from?!

Living from the Inside

I did not like having this thing looming over me like a dark cloud, just waiting for my next emotional outbreak. I decided that I was going to figure out why these thoughts were like a comfortable pair of shoes. Where did these negative thoughts stem from and how I could learn to overcome it. This led me on a path of self-discovery, empowerment and confidence. On that path I have learned mindfulness, how to shift my mindset and the power of connecting to my true self.

I have learned so much about different practices and resources that promote a way of life that completely changed my thought process, which ultimately changed how I saw my life. I felt empowered and in control. Changing my thoughts resulted in me meeting goals I’m actually passionate about, removing negative self-talk and mental blocks and increasing my confidence.

I also learned that divorce can stir up a lot of deep emotions and without help and understanding of these emotions when transitioning from divorce it can harden and block you from receiving the goodness life has to offer. It took me years to understand all the layers that go along with this. I have dedicated my life to helping other women understand and embrace this a lot quicker so they can live their best life sooner rather than later.